In 1976, a young, ambitious, and hard working man by the name of Andy Piccirillo was overwhelmed by the unique taste and original concept of Sal's gourmet products. They actually met and did some business in the late 60's when Andy and his brother Robert owned Pic's Parlor. Andy would bring his wife Lucille and two children Jason and Bridget almost every weekend to enjoy Sal's refreshing treats. Instantly, Sal took a liking to Andy's genuine character and humble personality. Andy, a very aggressive and versatile entrepreneur, asked a lot of questions and became very interested in Sal's business. He had a dream that he would one day transform the porch of his home (located on Madison Avenue) into a shop that would sell the Micalizzi Italian Ice and Ice cream products. After a few years of talking and listening, Andy made his dream become a reality. After working for the city of Bridgeport every day between 4:00 a.m. and 10:00 a.m., he would open his ''new'' shop to the public at noon and would stay open until the customers stopped coming.

Micalizzi's has become an iconic landmark in Fairfield County. After 50 years in business, it continues to deliver the sensational flavors that have caught the hearts and tastebuds of thousands each summer. Jay “Ice Man” Piccirillo has brought the Micalizzi’s brand to levels never imagined. Always trying to expand and create new ideas. We’re proud to announce this ALL NEW venture to bring the flavors to you. The Brainfreeze Bar looks forward to making your event unique, special, and memorable.

In the early 1980's, Sal decided it was time to pack it in and retire, and also made another important decision. He was going to let Andy take over his entire business! This would mean not only ''retailing'' to the public, but also ''wholesaling'' to other businesses. After many discussions, meetings, and learning all of Sal's recipes, it became official. Andy Piccirillo became the new owner of Micalizzi's. Everything was going great. Business had started climbing to a new level until about a year later when tragedy struck. Andy was diagnosed with cancer, and he passed away November 2nd, 1984 at the age of 38. 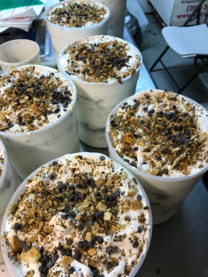 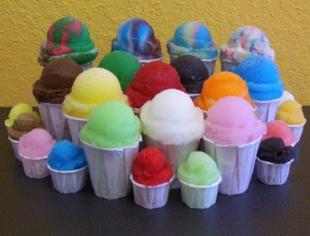 Micalizzi has been a household name in the city of Bridgeport for over fifty years. Beginning in the 1950’s, original owner Sal Micalizzi opened his first shop in Success Park. His distinctive, gourmet Italian Ice and Ice Cream grabbed the attention of many locals who became loyal customers. After a decade or so of success, he moved his store to Madison Ave. More and more flavors as well as customers built the business to a household name. 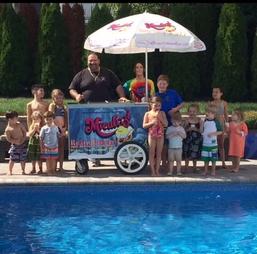 Andy's wife Lucille, a very strong willed woman was now left with an unthinkable task. Most people could not fathom the position she would fulfill. Within a years time, she became sole proprietor and operator of Micalizzi's, along with being a full time mother of two children. Through Lucille's dedication and daily commitment, the business began to grow to another dimension. The seasonal retail along with the wholesale began to multiply year after year. The menu began to expand with more and more flavors of both Italian Ice and Ice Cream. Lucille's daughter Bridget also manages the retail business on a part time basis. Lucille's son Jason, sometimes referred to as the “Ice Man”, has taken over full time operations of the wholesale and marketing end of the business and also makes many of the popular flavored Ices and Ice Cream.